Tony the rough-sleeper led us out to meet God

Tony the rough-sleeper led us out to meet God 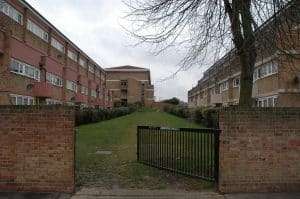 Thanks to Tony, everything continued to change in 2006.

As we wrestled with how to reshape our community increasingly for the poor and marginalised, a Christian probation worker approached us. He had a client called Tony who wanted to know more about God. He told us that taking Tony to his church would be a disaster: Tony would struggle with the static format of a Sunday Service and his church just wasn’t ready for someone like Tony.

The probation worker heard of Church from Scratch and for some reason assumed we could help. We couldn’t. We didn’t have much experience of working with the marginalised, we knew little about physical addiction and had a sparse knowledge of mental health.

We sensed Jesus calling us to be radically inclusive and wanted to try.  We stuck with Tony through his struggles and supported him as he moved between rough-sleeping on the Southend seafront and a series of crappy bedsits. We felt like we were making a difference. We thought we were there to save Tony. Wrong!

How Tony saved us

What we didn’t bargain for was Tony helping us to become Christians. We thought we had it all sorted and all we had to do was help others follow suit. But, with Tony’s help, we discovered the only God there is.

As we re-read the Bible this message cried out from page after page. From story after story. How had we missed it?

God didn’t want us lucky ones to show arms length charity. We were discovering that he wants us to stand in solidarity with the marginalised and become a church of these people and others, sharing life together.

Tony was patiently and generously teaching us and reshaping us.

This change wasn’t easy. As Tony’s friend’s and other got involved, some of us were inspired, while others struggled to adapt. They were scared of encountering those from different walks of lives and began to retreat from the church. Sensing that ‘to those who much had been given, of much would be asked’.

We persevered, venturing out to become a church that included those who had been forgotten, left behind and ostracised.

Read the next chapter >>

Page load link
Let us know you agree to us using cookies to give you the best experience or visit cookie settings to provide a controlled consent.
Cookie SettingsYes, I agree
Manage consent