We began eating together and God was pleased

We began eating together and God was pleased 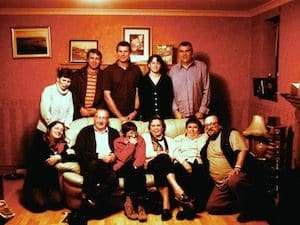 With the plans dead and the team gone, God now had space to create something new.

It was early in 2003 and we decided to have another go, inviting our friends from beyond the church to a home in Leigh on Sea and another one in Westcliff. Our friends came and we began to explore faith and eat together. These little groups were the very first CFS Communities.

Sharing meals was important. It laid the foundations of our friendships and taught us that church was not something we went to. CFS was becoming a community and you can’t ‘go to a community’ because you are it!

A community is something you are part of with others, defined not by events, but by its relationships.

From here on in we’ve not talked of  ‘going to church’ as it doesn’t make sense. We speak of being a church – a church that eats together and shares life.

Despite this progress, we were connecting with few of the those with a special place in God’s heart: the poor and marginalised.

And if Jesus says, “The poor will always be with you“, and they weren’t with us, then were we a church yet? And even if we were, were we a proper one?

Read the next chapter >>

We use cookies to give you the best experience. In continuing to use this website you give your consent for this. Read our Terms of Use and Privacy policies - links in the footer.OkNo
Go to Top